Therefore,  standing on Omaha Beach -individual stories of heroism will be relayed – including the heroic actions of Jimmie Monteith (Medal of Honor recipient)

Crisbeqc – Exact location, where the allied fleet was first spotted on D-Day and the story of the German officer who saw and reported it, to his superiors at Cherbourg

BIG RED ONE – The story of “The Big Red One” in Normandy – The American 1st Infantry Division, including locations where they fought, monuments, graves and museums etc

ARROMANCHES  – with remains of the “Mulberry Harbour” that was built to bring in supplies and equipment to the landed troops, Sherman Tank and U.S Half-track. Stunning views of the coastline here at Arromanches 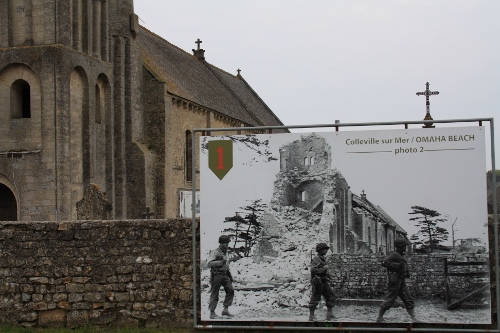 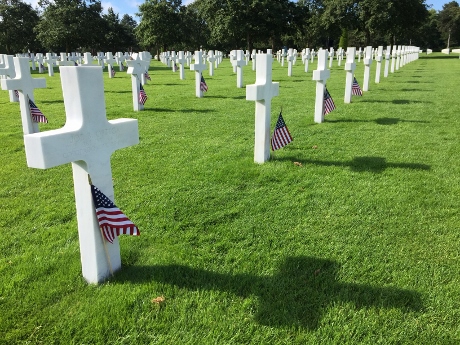 COLLEVILLE – The village of Colleville, above Omaha Beach, the rebuilt Church and the former German command post in the village 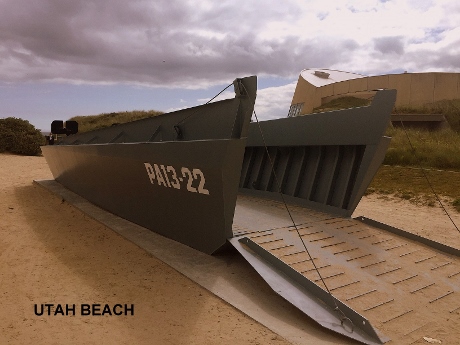 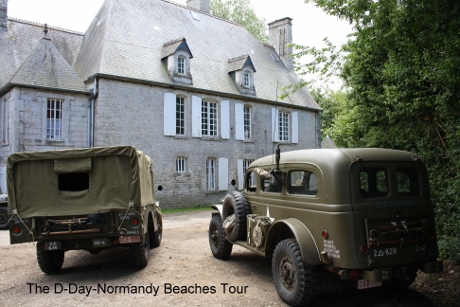 PORT-en BESSIN -the German defences, slit trenches, bunkers & the Normandy wrecks museum and the story of the Royal Marine Commandos that took the port 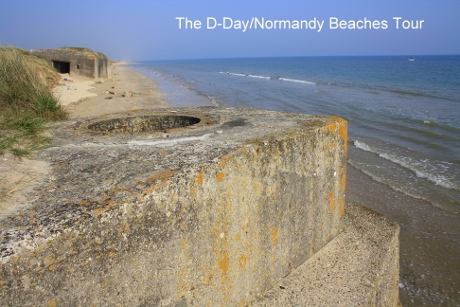 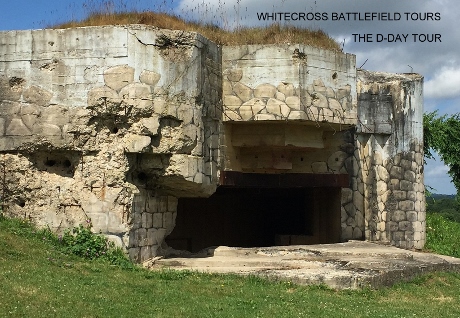 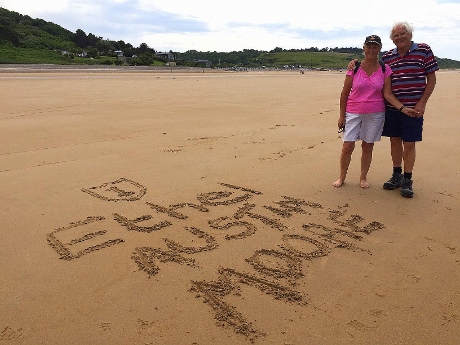 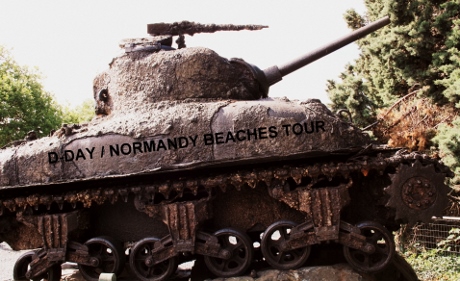 BADER – Plus a look at where Douglas Bader’s Spitfire crashed. The hospital where he was treated and escaped from, the safehouse he used and the nearby Luftwaffe airfield and WW1 & WW2 Military Cemetery