SPECIALIZING IN GUIDED, WORLD WAR 2 TOURS, FOR VETERAN’S FAMILIES (& THE GENERAL PUBLIC) IN THE HURTGEN FOREST

(1 day tours for larger groups only)

My Hurtgen Forest Tour can be combined with my Aachen Tour, if desired, as Aachen is very close to the Hurtgen.

The Hurtgenwald is in the beautiful Eifel National Park region. A popular area for hiking, cycling and camping.

Therefore, during your tour, you will see some stunning scenery, including steep forested valleys and fast flowing rivers and streams

Below photo:  Myra Miller from Footsteps Researchers, standing next to the German trench in Kuferath, in July 2022, where her father was badly injured, by an incoming German shell. (83rd Infantry Division)

Below photo:  October 1st 2022-  My customers from Seattle on the Kall Bridge. Kent’s father was in the 112th Infantry regiment, 3rd battalion (Company K) of the 28th Infantry Division and survived the terrible battles for Kommerscheidt & Schmidt.

I showed Kent & Kathleen the jump-off positions & the foxholes dug by the 112th, above the Kall Trail in early November 1944

Tour Locations available of your choice

Hurtgen – The beautifully rebuilt Hurtgen Church &  nearby battle scarred house. Plus some great “Then & Now” photos, inc one at the location of the so-called “Hurtgen Hotel” – 8th Division’s – 121st Infantry Regiment’s temporary C.P.

Vossenack Church & nearby memorial made from shrapnel & an explanation of the extremely heavy battles, in and around the village (112th Infantry regiment of the 28th Infantry Division “(The Bloody Bucket)”

Plus a visit to the excellent Vossenack Museum. Fantastic collection of Battlefield relics here, uniforms, weapons, maps, photos etc (However – museum only open on Sunday’s)

If you book a 3 or 4 day Hurtgen Tour, we can visit the beautiful, North Eifel, medieval town of Monschau, with it’s traditional chocolate box style, half-timbered houses, narrow cobbled streets and ancient castle. The fast flowing Rur River flows through it’s centre and there are some wonderful restaurants to sample local beers, wine and excellent food (optional visit)

Below:  Construction of  some “Dragon’s Teeth” (Hockerlinie), of the “Westwall” near Lammersdorf

The 4 very impressive and intact, “Der Buhlert” camouflaged German Bunkers, hidden deep in the forest, near Schmidt (optional long hike, but well worth it).

We can enter one of these bunkers,  to see how well they were built and how the young German soldiers lived

HURTGEN CEMETERY – The Hurtgen German Military Cemetery (3,0001 burial’s) and the story about Lt Lengfeld – The German officer who lost his life, trying to aid a severely wounded American soldier, in the minefield in this location

A Field grave, in the forest, near Germeter, of a young 19 year old Luftwaffe soldier -Benno Schott

THE “GREEN HELL OF THE HURTGEN”

This discovery tells a story. The soldier was obviously sewing buttons onto his uniform and eating and drinking his rations, in this freezing foxhole, before German mortars have hit their positions. (because i found  German mortar shells nearby, crators and several other foxholes)

Kesternich – a village where ferocious battles occurred, house to house, hand-to hand combat and the story of how a medal of honor was won

Huge piece of shrapnel I found, on the edge of an American foxhole, near Grosshau, in January 2019

GERMAN MG machine gun rounds, from an ammunition belt, found for my customer’s on the Kall Trail (9-10-2019)

Paustenbach (Hill 554) – The heavy fighting to take this strategic hill, that lasted almost 2 weeks and cost many lives on both sides. The exploded and buried German bunkers and a long impressive stretch of Dragon’s Teeth can be seen here. (39th infantry)

Jagerhaus (Forester’s House) and nearby location, where the 8th Division’s – 28th Infantry regiment de-trucked and then marched to begin fighting in and around Germeter & Vossenack 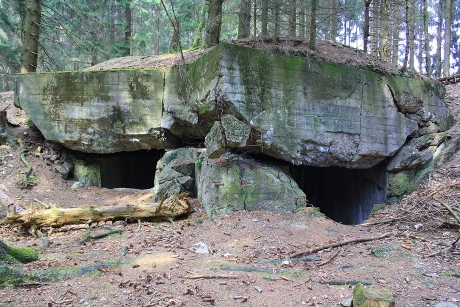 SCHMIDT – Schmidt Church, the American & German direction of attacks &  a memorial made entirely from shrapnel

MESTRENGER MUHLE – A beautifully restored water mill, near the Kall river bridge, that was used as an aid-station and was heavily damaged

AID-STATION – The former improvised American Aid station location, on the Kall trail, in the Kall Valley

KALL TRAIL HIKE – The Kall Trail hike, from Vossenack to Schmidt & Kommerscheidt, including an American armored vehicle track -burnt into the ground, the Kall Bridge itself, the location of the aid-station & the Mestrenger Muhle

ALL SOULS DAY BATTLE -The Kall Bridge,”A Time for healing” memorial & foxholes by the trail itself, plus a discussion about “The All Souls Day Battle” and the unofficial ceasfire that occurred here and was negotiated at the bridge

Guiding American Film director – John Herzfeld & his wife around the Hurtgen in October 2018. (John’s father fought in the Strass area (330th Infantry of the 83rd division)

Anker’s MG Squad Memorial – Kleinhau (a touching tribute to an extremely brave American machine gun squad, that were overcome & were tragically killed in the woods here)

ROLLSBROICH – The heavy battles around the little town of Rollsbroich

MERODE – a fine example of extensive German trenches can be clearly seen here, in the now peaceful forest. Plus an insight into the  6 day battle here, the heavy fighting in and around the beautifully restored Merode Castle (39th Infantry) and a bullet scarred house in the village itself.

A discussion about the terrible battles that were fought here in Merode, at a very heavy cost to the American 1st Infantry Division and the German 3rd  Fallschirmjager division

The Brandenberg/Bergstein Ridge & the ferocious battles for the strategic and vital”Castle Hill” -Hill 400 (inc 2nd Ranger Battalion) Plus the story of the Anderson Brothers, who died here. Also a look at German MG positions and foxholes on the Brandenberg-Bergstein ridge

Location of the field grave & memorial cross, to PFC Paul Peternell (121st Infantry 8th Division), who died on the 9th of December 1944. His body was found in July 1981

Schevenhutte and the battles for this strategic town, inc some nice “Then & Now” photos

Winden – excellent bridge memorial & heavily battle scarred building, where the Germans were firing from, covering the bridge itself 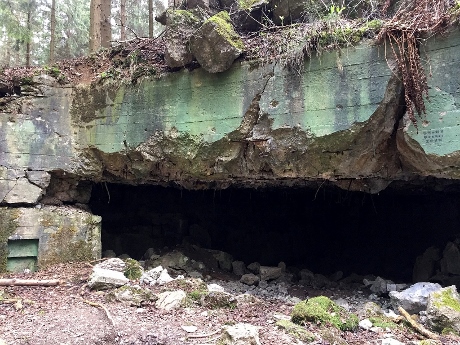 Grosshau Church & excellent Memorials and a house which Ernest Hemingway occupied, during the fighting 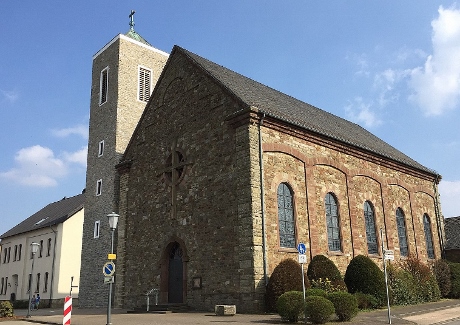 To find out more about my “Hell of the Hurtgen Forest” WW2 Tour please contact me for more information.

My unique and exciting, customised tours, cater for individuals, couples and for small groups of up to a maximum of 8 people. Small bespoke tours are much more personal and interesting and a good way to make friends, or to share our mutual interest in WW2. For larger groups or school history trips, please email me for details at: whitecrossbattlefieldtours@gmail.com